What Muscles Does Badminton Work?

Are you keen on knowing the answer to the question of what muscles do badminton work? If the answer is in the affirmative, please spend some time going through this article. We will try and find out the various health benefits of playing badminton and also have a look at the muscles that get exercised and benefitted when this game is played.

Which Muscles Are Used In Badminton?

Badminton is a high-speed game and requires lighting fast reflexes and extreme levels of fitness. It is a sport that activates the entire body. It mainly impacts and activates the scapular regions of the body. This includes the upper arm, abdomen, and back and forearm. But it would also be appropriate to mention here that some muscles have a more critical role to play than others. These include the triceps when it comes to hitting the shuttlecock. 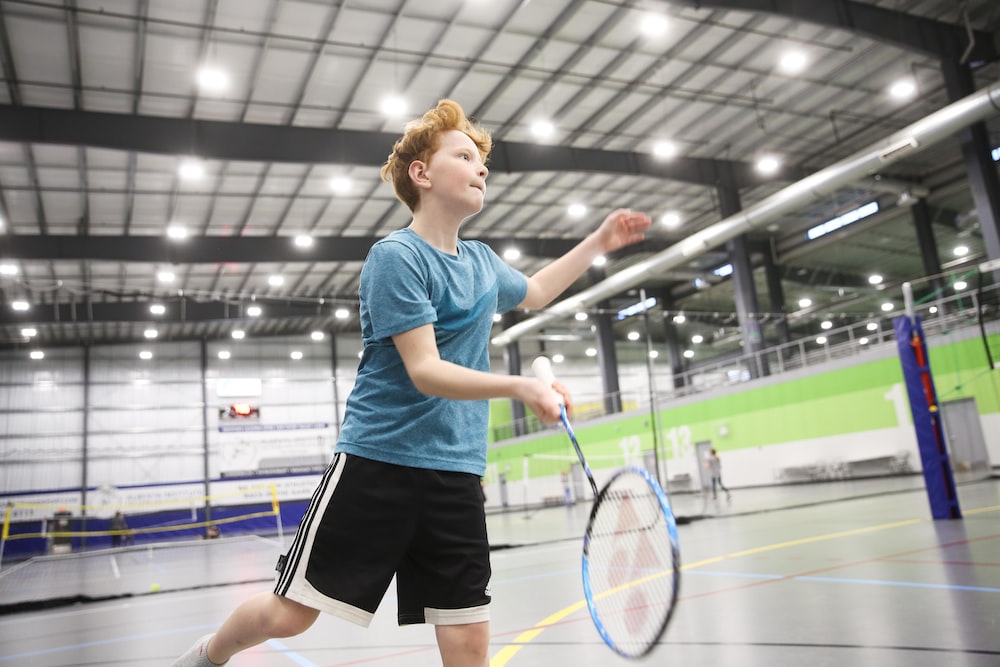 What Happens When We Attack At The Net?

Badminton is a sport that requires running and moving almost continuously in court. When we prepare to hit the shuttlecock, amongst other things, we need to bend the elbow to a suitable distance. Without this, it will not be possible for the racquet to touch the shuttlecock. For ensuring that the bending movement happens correctly, the Biceps Brachii is considered to be the most important. This works as an agonist muscle or a muscle whose contraction helps in moving a part of the body directly. In this situation, the triceps brachii has an essential and significant role to play. It plays the role of an antagonist, and it does by adjusting the speed at which the elbow bends. This is possible only when the antagonist muscles and the agonist’s muscles act in tandem and work simultaneously. Without this happening, it would be challenging to maintain the minimum balance that is required.

Attacking Posture – How It Works?

When we move into an attacking posture, we would have to straighten the elbow so that we can hit the shuttlecock powerfully and correctly. When this happens, we need to keep a few things in mind. Now the triceps brachii becomes the agonist muscles. The contraction of these muscles aids in moving the forearm away from the body to complete the lunging forward and arm-straightening movement. On the other hand, the biceps brachii now becomes the antagonist muscle, and it acts in unison with the agonist muscle.

There is no doubt that badminton requires regular use of the smash as a stunning, surprising and devastating attack shot. The main objective of the jump and smash shot is to stun the opponent and not give him or her any time to recover and be in a place where the smash might land. However, did we know what happens to our muscles when we prepare and then execute the smash shot in badminton? When we squat, we need to understand that the tibialis anterior is the muscle that becomes the agonist. This leads to the contraction of the tibialis anterior, and it helps to move the frontal side of the lower leg and also the tiptoes. Both happen together. At the same time, we also need to keep in mind that the gastrocnemius becomes the antagonist muscle. This muscle is responsible for supporting and even relaxing the tibialis anterior. When this muscle contracts later, the contraction helps to move the front of the lower leg and also runs the tiptoes apart. When all these happen in a coordinated fashion, it helps in the overall jumping movement.

General Info on What Muscles Does Badminton Work?

While the above are a few examples of the main muscles that are at work when playing badminton, it would be interesting to have a look at the general way in which this sport helps in the various tissues of the body.

Upper Body Muscles: When you are into a typical badminton game, it requires regular and spontaneous movement of various parts of the upper body such as the forearm, biceps, shoulders, and triceps area. Since the shuttlecock has to remain airborne while in play, it also requires quite a bit of overhead strokes. This involves a lot of action as far as the upper body is concerned. In fact, very few racquet sports require such intense upper body and muscle workout.

Lower Body Muscles: A hard game of badminton also requires the players to be alert, mobile, and it requires them to cover a lot of ground. This is necessary for meeting and hitting the shuttlecock that is tossed in by the opponents. Constant running around the court is a must, and additionally, you are also required to go in for lunges, squats, and jumps as you try to reach the shuttlecock and outsmart the opponent. Your body, therefore, needs to exert and move almost all the lower body muscles, and in many cases, you could be using many of the lower body muscles a few dozen times.

Apart from the major large muscle groups in the lower and upper part of the body, badminton also requires a lot of work as far as the core muscles are concerned. If you look at the movements that top badminton players have to perform, you will be amazed at the kind of hard work that the core muscles have to go through. This is because the sport requires making high-speed and quick turns and that also at sharp angles. Only then will they be able to ensure that the racquet is behind the shuttlecock each time. The bodies also have to be stretched fully, and it is common to see them diving to reach for the shuttlecocks. All these have to be done in the blink of an eye as the shuttlecock come hurting into their courts at ferocious speed and accuracy.

There is hardly any doubt that there are hardly any major muscles that remain untouched or unused when a person is playing a tough game of badminton. It also is energy sapping and calls for high levels of physical fitness, mental stubbornness, focus and concentration. It is a game that tests skills, power, and stamina and muscle strength quite vigorously. We are sure that the above would have given our readers and other information seekers the right answers to the question as to what muscles does badminton work. It certainly is a great sport for toning, strengthening and making the various groups of muscle supple and flexible. However, it will not happen every day and requires long hours of practice and also workouts that help in strengthening the core muscles, the upper body and lower body muscles.