Is Badminton an Olympic Sport? 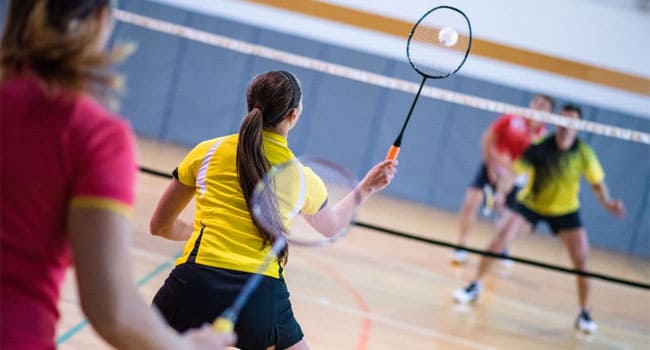 In the following write-up, we will discuss the ancient and golden history of badminton sport to determine the efforts and time taken for the game, badminton to become an Olympic sport. Here, you will know about the detailed information of this popular game across the world.

Consideration of Badminton as an Olympic Sport

In June 1985, the National Olympic Committee recognized the magnitude of this game and voted anonymously to give Badminton full-medal Olympic status. NOC was sent to less than three players or pairs in a tournament. Badminton was firstly held in the 1972 summer Olympics as a demonstration sport and in the 1988 summer Olympics as an exhibition sport.

The qualification of the players is done by the Badminton World Federation (BWF) for the tournament. In the 2008 Summer Olympics, there are 38 competitors for singles, and there are 16 pairs for doubles. All the players or pairs are from 16 top-ranked places qualified by BWF automatically. The top 64 players were qualified with a caveat, and later on, NOC sends two players or pairs for the tournament.

The top qualified 64 players are the highest-ranked competitors from their nation. IOC Tripartite Commission decided two places each in men’s and women’s singles. The host nation had not qualified players then, and it got at least two singles players or one pair. Asia dominates this sport as between 1992 to 2008 Asian countries won 69 out of 76 medals in Olympian competitions.

Badminton is an old game, but it’s been an Olympic sport since 1992. The game is old and was played for more than 2000 years by ancient civilizations in Eurasia. It was known as battledore and shuttlecock. Like the current badminton game, it was also played by two players. They hit the shuttlecock back and forth with the help of two bats until the shuttlecock hits the ground and the opposite player gets one point.

How Badminton Got its Name?

In the 1800s, this sport was an upper-class pass time. Modern Badminton is traced in the mid-19th century in British India. The British discovered this game like a battledore and a shuttlecock and called it as poon. Poon is similar to battledore and shuttlecock with a net. Later, they took it to England with them, where the Duke of Beaufort introduced the sport as “Badminton”.

In the 1930s, the rest of the world and the United States noticed the game. Then in 1966, Badminton became a Commonwealth game sport. Since 1966, the Badminton has been added as an official sport in commonwealth games.

How Badminton Becomes an Official Sport in Olympics?

The International Badminton Federation was formed in 1934 with the first member countries including England, Wales, Ireland, Scotland, Denmark, Holland, Canada, New Zealand, and France. Later, India also joined as an affiliate in 1936.

Only five countries won gold medals at the Olympics since Badminton had been introduced in 1992. Countries that won gold medals since 1992 are China, England, Indonesia, Korea, and Denmark. China has won many 36 medals and has dominated the game. South Korea and Indonesia also won 18 medals each. It is now a popular sport in countries like Malaysia, Indonesia, Japan, and Denmark.

Badminton Players in the History

In the 1992 Summer Olympics, Jalani and Razif Sidek were the first Malaysian Olympic medallists. An Indonesian, Mia Audina won her first silver medal in the 1996 Olympics. Indonesia and South Korea are the only nations that have won more than seven medals. The Tokyo 2021 Olympics will include men’s and women’s singles, men’s and women’s doubles, and mixed doubles. As per rules, there are best-of-three games where the player has an opportunity to make up to 21 points and win the game. If the score goes for 20-all, then the game continues until anyone gains the lead of 2 points. Then, if the score achieved by players of 29-all the game will continue until the last point is scored and win the game.

This write-up provides detailed information to solve your query ‘Is badminton an Olympic sport?’. It is an old and popular game with golden history. The game has gone through many phases to become an Olympic sport. Now, badminton players of almost every country are participating in the commonwealth as well as the Olympic games.