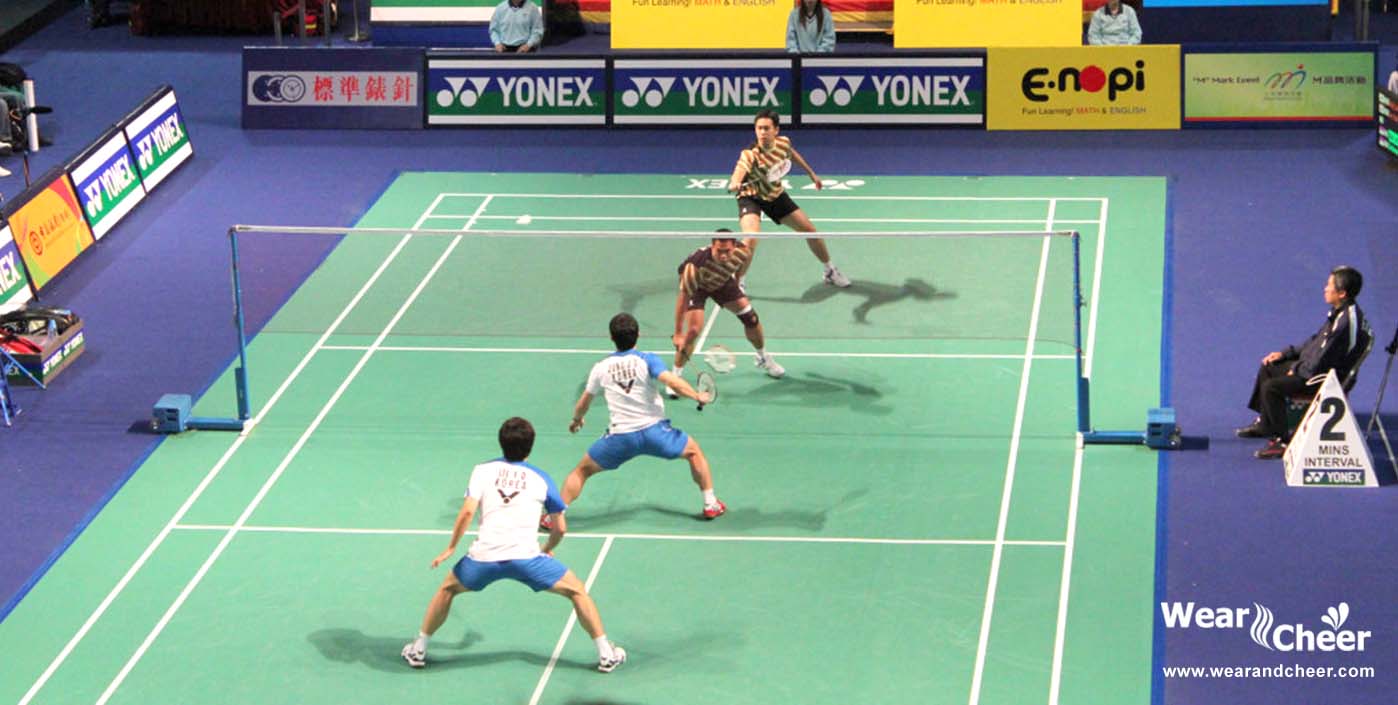 Why Starting Early Is Important?

If you look at a majority of badminton players at the international level, you will come to know that they start playing the game at a very young age.

Players across the world who have made it big in the international arena have started playing the game around the age of five or younger. This gave the players enough time to mold themselves, physically, mentally and emotionally.

All these three factors are extremely important for being a successful badminton player. These traits and qualities and along with it the skill sets are best acquired when a player starts playing the game at a tender age of five. In fact there are some players who have started playing the game even at the age of three and this could have helped them to reach dizzying heights as far as their careers are concerned.

What About Players Who Started Late in The Day

The obvious question that comes to mind is whether it makes sense to start playing the game later than the ideal age and whether this can still bring success. The answer is yes. It would be wrong to suggest that late players of the game will not be able to make much headway. It would, therefore, be interesting to have a look at famous badminton players who started late but still made their presence quite strong. The list is quite big and it may not be possible to talk about each and every one of them, however, let’s look at a few players who have been able to scale to new heights of success in spite of the fact that they may have started late in their careers. It will be a wakeup call for all those who believe that badminton cannot be practiced and skillsets cannot be developed beyond a particular age.

On the other hand there are some players like Lee Chong who has gone out of the way to prove many experts wrong. It would be pertinent to mention here that he started playing the game at the age of 11 years. This is almost six years later than many big names both in men and women’s badminton who may right now be scorching and setting on fire the badminton course across the world.

Who Is Lee Chong?

Let us try and have a look at the history and growth of Lee Chong as a badminton player, though he started his innings quite late in the day compared to the trend that is there across the world of badminton.

It is to the credit of Lee Chong that he was above to reach world number one ranking in a highly tough and competitive environment. Let us try and find reasons for the same over the next few lines.

How Did He Overcome?

We need to bear in mind that starting six years late in a highly demanding and tough sport like badminton brings challenges. There are many players in the international arena who have won some major local and also international tournaments at the age of thirteen.

Therefore, it is quite obvious that he started his journey to international stardom on a disadvantageous note. Catching up with high-class world players, who started their career at least five or six years before Lee Chong is a very tough situation to say the least.

The success story of Lee Chong needs to be admired quite a bit because of obvious reasons. It is a big testimony to his determination, focusing on his dream and his will to succeed at the international levels at any cost.

He also proved his critics wrong about the suppleness of his muscles, tissues and bones because he started a bit late. He overcame this disadvantage and handicap by focusing on high quality training.

The quantum and time spent on the court and also on his personal training was also phenomenal and this also must have contributed to his success in spite of starting his journey to badminton stardom a bit late in the day.

Yes we also cannot underestimate the fact that he had raw talent that helped him to make up for the late start as far as his career was concerned. He also had to fight that much harder in getting selected and get noticed by coaches.

Most of the coaches start following players when they are around five or six years old and monitor their progress quite closely.

In such situation, Lee Chong had a distinct disadvantage because he had just three or four years to prove his skill set, credentials, physical fitness, stamina, focus and staying power. This is easier said than done and therefore all credit must go to him for proving his critics wrong and also going against the tide and proving a point or two.

Heard The Name of Han Jian?

There are a few more exceptions to the rule that and one more such exception is Han Jian. He is a former international badminton player, who started playing the game at a very late age of sixteen. However, he also deserves credit and kudos for making it quite big and achieving high levels of success in the international arena.

He won may highly competitive World Grand Prix Championships. Many of his peers had a head start of at least 10 years and he had a lot of catching up to do.

In fine, when we look at famous badminton players who started late, it would be wrong to suggest that success in this sport has everything to do with starting at an early age. While starting at an early age is desirable and it makes a big difference, determination, focus, hard work, training and raw skill certainly can overcome the disadvantages associated with age. There are many players who have proven this and therefore it would be wrong to mention that this is a flash in the pan.