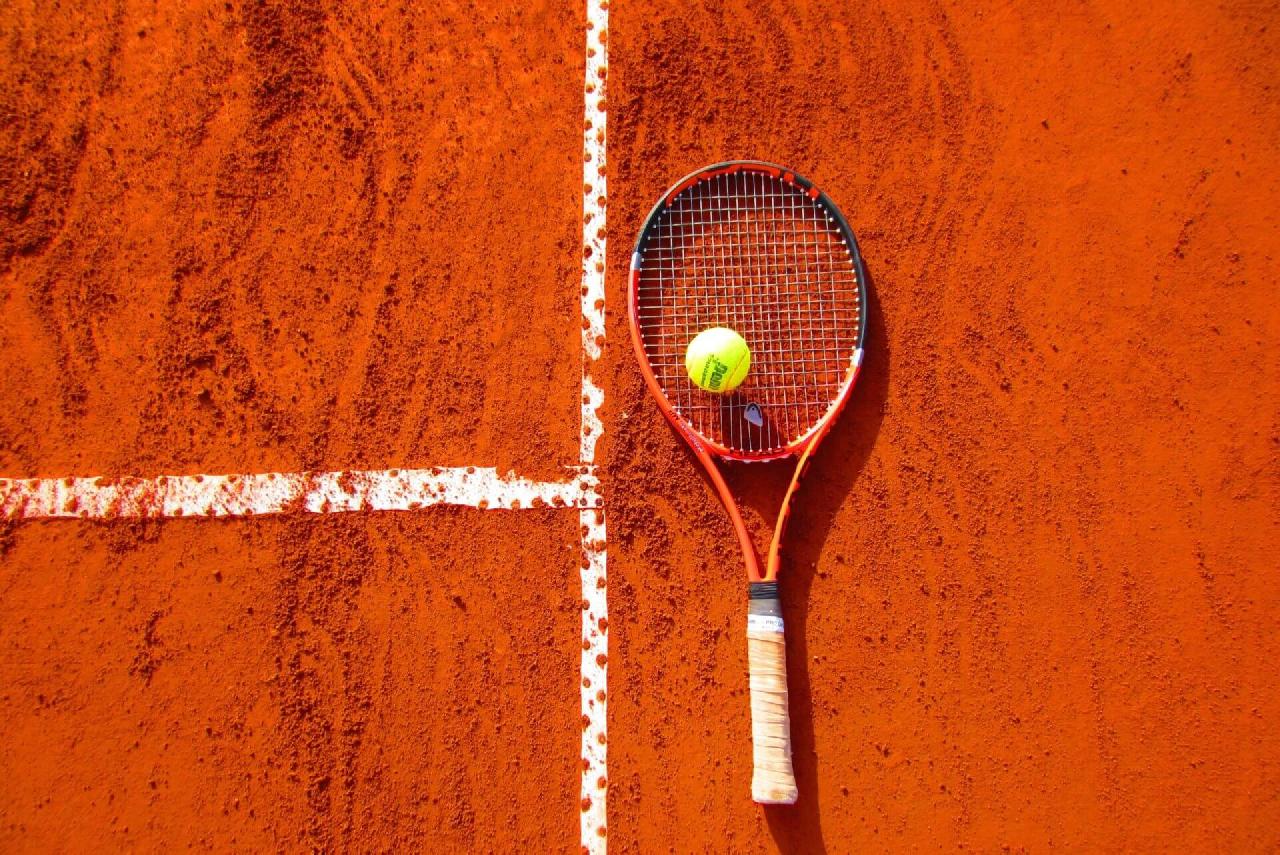 Finding the best tennis balls for clay courts might not seem like a complicated issue for you. However, there are endless brands out there, and some of them aren’t suited for clay courts. Therefore, it’s ideal for you to choose an all-purpose ball or one that is designed specifically for clay courts.

We’re here to talk about some of the top contenders and help you understand why they are considered the best. To do that, we focus on playability and durability.

Prices and images pulled from the Amazon Product Advertising API on:

Right out of the can, the Penn ATP Regular Duty ball is sure to impress. They’ve got a bit of pop to them, but it takes a while to come about. Still, this is a great choice if you frequently play on a clay court.

Penn often, and does, in this case, use the Optik Felt Technology, which provides for a brighter ball. This ensures that you can see it, even after hours of extended play. There are other technologies at work here, too, making a long-lasting ball.

The difference for many, though, is that the ball can lose some bounce before the other Pen brands. Though it might be anecdotal evidence, it’s something to ponder if you want to compare other balls with the Penn branding.

Also, the Penn ATP balls are more expensive than other options. Still, they carry some of the same characteristics, which makes people wonder if they’re getting the most.

If you frequently play on clay courts, though, you’re going to like these balls. They’ve got some pop to them, but this advantage isn’t noticed out of the gate. You’re likely to need to use them for a good half an hour before you see the bounce. Just note that they don’t go dead straight away; after a while, they’re reduced to a normal power and speed level.

While we like that it’s the official ball for the ATP World Tour, that’s not the only reason to buy it. These balls can keep a more consistent bounce throughout the game, especially on clay. Plus, they’ve got a great life right from the can.

The only issue we have with this ball is the fact that it wears out faster than other brands. Therefore, you are going to have to buy them more frequently. Still, they’re sure to improve your game and help you enjoy the sport more thoroughly.

Are you a beginner? Try our article on the best beginner tennis racket

Though Regular Duty balls are designed for the soft clay courts, they do work well for all of them. If you’re looking for a go-to in any situation, the Penn Championship option might be the best choice for you.

The Penn brand has been around for over 100 years and is the top-selling tennis ball brand. That’s because it’s always perfecting and testing its balls to ensure longevity.

With its controlled fiber release, you get a more even nap. There’s also natural rubber involved, which reduces shock and provides a consistent feel.

Though it’s designed to be used on the clay courts, it can also be used on outdoor hard and indoor court surfaces. Therefore, you can buy a ton of them and use them regardless of where you are.

Plus, this is the official ball for USTA leagues. It’s highly consistent and high-quality. You may also find this brand in extra-duty felt, extra-duty high altitude, and regular duty felt.

We were impressed that the balls each feature an interlocked wool fiber. This makes sure that the tennis balls play like new for many sessions. In terms of durability, you can’t beat this ball.

Though it’s marketed as an all-purpose ball, it doesn’t last long on a hard court. You may not even get through an entire match if you’re playing indoors. Still, since we’re focusing on clay court tennis balls, we didn’t feel that this was much of an issue.

Wilson US Open 3 – Best for Control and Speed

US Open 3 Ball Can
Buy at Amazon

Though the US Open is played on a hard court, the Wilson brand also offers quality clay-court balls. Since they’re regular-duty, they’re suitable for your needs on a clay court.

The Wilson brand features the Tex tech felt, which can add a bit more flexibility and durability to the felting on the ball. Though it does work a little better on hard courts, it’s been tailored to meet the needs of the standard clay court, too.

While it feels great immediately out of the can, it can lose bounce fast on a clay court. Since it starts off as a lower bouncing ball, it’s then going to slow down more when it collects moisture, dirt, and sweat.

You do get significant control and speed right from the can. Plus, they are less expensive when compared to other brands.

These balls also turn darker when they collect dirt. Therefore, visibility can become a concern after a while. They’ve got a darker tint to them than traditional tennis balls, so they’re already hard to see, and this might not be the be

Did you know that there are tennis balls for a variety of courts and conditions? There are, so you need to know which ones to buy, especially if you plan to play on a clay court. We’ve come up with a few pointers so that you can pick the right tennis balls.

When it comes to tennis balls, there are three types. The first is used on a slower court and is called Type 1. Type 2 balls are used on standard speed courts, but the Type 3 version is used on a fast court. Generally, you’re going to use Type 2 balls for clay and indoor courts, because it is considered regular duty.

Since clay tends to have a lot of loose particles, unpredictable bounce patterns are quite common. It’s easy for the professionals to get caught off guard by an unexpected or unusual bounce while they’re lining up a shot. Since you probably aren’t at the pro tournament level, it’s even more common for you to have an issue.

Therefore, you need to focus on the amount of felt the tennis ball has. If there is a lot of it, such as with an extra-duty ball, the felt can pick up more dirt from the surface of the court. This makes the ball move erratically because it is heavier.

The less felt there is, the better for a clay court. When it has fewer layers, they pick up a little less dirt, but they also bounce higher and can behave more predictably.

In a sense, you may want to consider a rubberized tennis ball if you’re going to play on a clay court. It’s not going to pick up dirt and debris because of its material, and they also feature interlocked wool fibers. This can increase the lifespan of the ball, and they’re relatively inexpensive.

Are you more interested in Badminton? Find the best badminton racket

Why Do I Need a Special Ball for a Clay Court?

Tennis balls all look the same when they’re brand new. Therefore, most people don’t think they need a specific brand or type for the clay court. Though hard court balls are often used on clay courts, and the opposite is also true, choose a clay court ball when you can. These balls are designed with more wool content, and a shorter felt nap.

Sometimes, they’re called regular duty balls, and they aren’t going to fluff up like the others. Therefore, the ball moves faster and quickly in the air, even if clay gets on it.

Why Do Clay Balls Cost More?

As with a lot of things in life, when you go the specialty route, you’re going to pay a bit more for it. You need something that is going to help you in your game instead of hindering you. Buy a regular ball for a lower price, and you’re going to immediately see the difference.

Still, you can find budget-friendly options. Just remember that they might not be as good and aren’t likely to last as long.

Most specialty sporting goods stores are going to have tennis balls designed for clay court play. Therefore, you can go to one of these locations and shop. However, it’s more convenient to go online, and you’re sure to get the items faster. Plus, you can do your own research and take your time to find the most appropriate products.

Our winner of the best tennis balls for clay courts is the Penn ATP Regular Duty World Tour ball. We feel that it is highly durable, keeps its bounce consistently, and features a great life right from the can. However, it might not last as long as some of the other brands and can be a tad expensive.