How To Hit a Backhand in Badminton 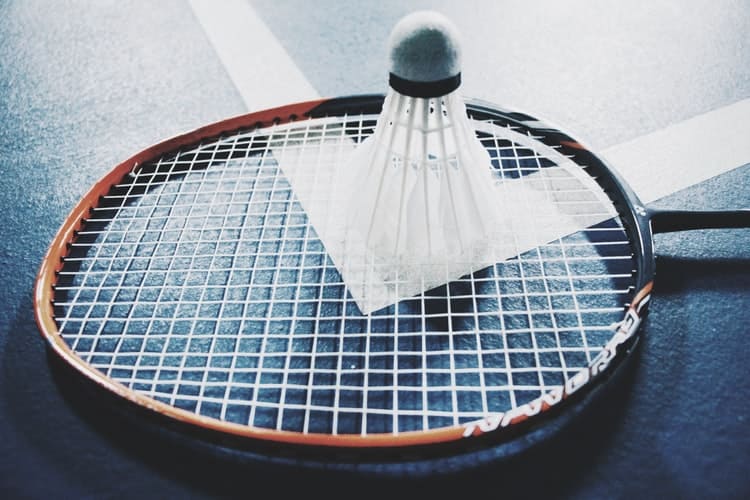 Every badminton player wants to hit that crisp stroke from one back lobby to the other with absolute precision. The backhand clear for sure is one of the most difficult shots to master and play in the game. So, here is a guide which will help you in getting good at the backhand clear in a few easy steps.

Now the grip is the real secret of the whole process. If you have the grip wrong, it will be very difficult for you to master this stroke. The most common mistake players make is by holding the grip like that in the backhand drive (thumb on the flat side of the handle). This is absolutely wrong.

Another important factor you need to account for is the in-game situation. It is difficult to switch from a forehand grip to the above-mentioned grip in such a less time. You will need to practice the switch off-court several times to make the perfect shot.

Using the wrist with a good timing is the key to connect the shuttle to the sweet spot of the racket. The wrist should be tucked behind before hitting the shot and then slowly released with forearm rotation to achieve the maximum efficiency and ensuring precision in the stroke. You will first need to practice the forearm rotation many times achieve perfection.

You will be facing the opposition player at first and when you will receive the shuttle on the backhand side, you will need to turn around and take a step towards the flight of the shuttle. In doing so you should be well balanced and calm to execute the backhand.

After you have already turned, bend you knees a little, keep the core tight and get a good swing on the racket before hitting the shuttle. Now you are nicely set up to hit the shuttle with a crisp backhand.

Make sure that you are at an optimum distance from the shuttle. Not too close, not too far from the body. Imagine the hitting point just above your head and let the shuttle come into that zone and aim for that. This will improve your timing.

Make sure the shuttle is on the side of your body, not too far ahead, not too far behind. Now you are set in a good position to start the execution of the shot.

Imagine a point in the air on your side just above your head, around an arm-distance distance away. This is where you will catch the shuttle. Anticipate the loop of the flight and when the shuttle is close to your imagined spot, release that back swing immediately.

Remember, that you must keep the wrist tucked right till you are about to hit the shuttle.

When you are just about to make the contact, release the wrist action. Make sure that the angle of the racket is slightly upwards. Open the wrist and whip it with some force with a good arm rotation. That is, it! You have hit the perfect backhand clear.

Let us closely look at the backhand stroke of the backhand master Taufik Hidayat and see how he generates power into the shot.

Hidayat’s secret to success in hitting such clean backhands has been the fluid motion with which he executes the shot. Remember to connect all three steps smoothly, one after the other, to get that smooth action. The elbow should be tight just before you hit the shuttle. This is to avoid any dissipation of the energy that the action swing creates for the shot. It will also prevent your elbow from undergoing a jerk action which can lead to various sort of injuries and may affect your game in the longer run.

Don’t forget that the backhand clear is mostly considered as an emergency shot and most players avoid hitting it and take the overhead shot alternatively. But, having a strong backhand clear is one of the greatest weapons in your arsenal to build your dream of becoming a good badminton player.

There you go! You have just learnt how to hit the perfect backhand clear. Remember, the game starts even before you step on the court. Imagine yourself hitting the stroke a million times before you actually hit it. It will help you build confidence and clarity in execution of the real stroke.